This Order shall in all ages bear the name "Ändovänkaner Order". However, it shall by convention be known as "Orden L'Innocence" or "The Order of Innocence".

The Order has two objectives: 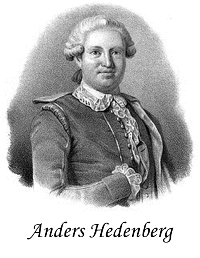 During the Gustavian Age, the mechanical view of the world was suppressed. Art, music and literature were at their peak; architecture was designed with people in mind; social life blossomed; fashion was tasteful if extravagant, and craftsmanship reached perhaps its very highest pinnacle of achievement. Even today, Bellman, Lenngren, Haupt, Sergel, Kellgren and Kraus provide evidence of Sweden's great cultural heyday.

On 7 November 1765, in the true Gustavian spirit, Anders Hedenberg, personal physician to the King – later joined by Field Marshal Baron Bernt Otto Stackelberg the younger – was instrumental in instituting what subsequently came to be known as Orden L'Innocence or the Order of Innocence.

At the time, a variety of Orders flourished in Sweden, as they did in the majority of other countries in Europe, with a large number of Orders striving to achieve different ends via a range of different rituals. Some of these fraternities still exist; among them the Order of Innocence.

The members of the Order assembled every year in the large hall of the Stock Exchange to celebrate the anniversary of the foundation of the Order. In the early 1900s, the celebrations were moved to the Grand Hotel Royal, and it was decided in consultation with the Grand Order of the Amaranth that the two orders would hold their commemoration days every other year, with the Order of Innocence having its celebrations in odd numbered years.

In 1935 the Order celebrated its 170th anniversary with a ball at the Grand Hotel for 800 people, including five members of the Royal Family and a large number of foreign diplomats. Princess Sibylla and Prince Carl Junior entered the Order. During and immediately after the Second World War, the Order's activities were suspended.

During the 1950s, the major pre-war events were gradually re-established. In 1953, Year of the Order 188, the Order of Innocence opened the season after an interruption of 14 years, and made an impressive comeback in the presence of royalty. The King, the Queen and Princess Sibylla honoured the brothers and sisters of the Order with their presence. The Court, the diplomatic corps and a gathering in evening dress demonstrated a lavish, colourful elegance with many brilliant jewels on display, in the spirit of the times. This set the tone for the Order's unusual Ceremonials. 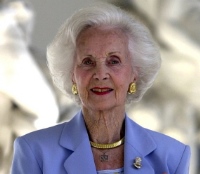 At the 210th anniversary in 1975, His Majesty King Carl XVI Gustaf took part, becoming an Honorary Member of the Order.

Her Royal Highness Princess Lilian became the patron of the Order in 1982. The handwritten statutes from 1874 were revised and provided to every member in 1983, at the same time as the annual fee and annual Order Information were introduced. In 1985 the Order's 220th anniversary was celebrated.

The Order underwent major changes beginning with its 230th anniversary in 1995.

Innocence Nytt – the Order's newsletter – has been issued annually since 1996. The Order's old Degree system from 1874 was reintroduced on Commemoration Day 1997 when Her Royal Highness Crown Princess Victoria was present and became an Honorary Member.
The membership register was computerised and the first Register of Members was issued in 1998. The Order expanded its charitable activities.
His Royal Highness Prince Carl Philip was present in 1999 and became an Honorary Member.

In 1999 the millennium, the century and the decade were danced out in great elegance with a dazzling gala event in the traditional style. This was an unforgettable Celebration Day with nearly 700 participants, including 429 new members; a record since the 1950s.